This Trailer For Baseball Docu, FASTBALL, Narrated By Kevin Costner. In theaters 3/25 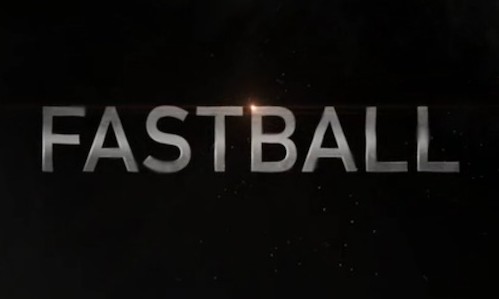 Watch this trailer for FASTBALL, a documentary narrated by the man who’s been in multiple baseball films, Kevin Costner. FASTBALL will be available nationwide with Tugg.com on March 24 and in select theaters and on demand March 25.

Check out the trailer and details below!

Los Angeles, CA (February 16, 2016) — On Thursday, March 24, people in more than 50 Major and Minor League markets will be on deck for one-night-only fan screenings of “Fastball.” This timeless documentary will enthrall baseball fans young and old and is now available via Tugg Inc., the web-based platform that allows fans, teams and organizations to bring movies to their own local theater for screenings. Fans should head to the official Fastball Tugg website to request their own show and check back often as additional screenings are added. The documentary, which is narrated by Kevin Costner (“Field of Dreams,” “Bull Durham”), also features active Major Leaguers Justin Verlander, Andrew McCutchen and David Price as well as baseball legends in Hank Aaron, Nolan Ryan, Bob Gibson, Goose Gossage, Derek Jeter and the late Tony Gwynn. The feature from writer/director Jonathan Hock and producer Thomas Tull will also be released in theaters and on demand March 25. It is already available for pre-order on iTunes.The essence of baseball is the primal battle between the pitcher and batter, but the magic of the game arises from that confrontation, only 396 milliseconds in the making. The mysteries and memories of Baseball’s greatest heroes are revealed in “Fastball,” featuring interviews with dozens of former players, from legendary Hall of Famers to current All-Stars. Based on the original idea by the film’s producer, Thomas Tull, who also produced the Jackie Robinson biopic “42,” “Fastball” is peppered with archival footage of baseball’s greatest moments plus original high-speed 4K footage and motion graphics that unlock the secrets hidden within a ball traveling over 100 mph. While players, historians, and scientists might disagree on who was actually the fastest pitcher in history – and yes, the film does the physics and concludes with a clear verdict – “Fastball” tells the story of the game itself. Jonathan Hock’s history with sports runs deep. He is a nine-time Emmy® Award winning producer, director, writer and editor. His first documentary feature “Through the Fire” had its world premiere at the Tribeca Film Festival in 2005, and his later films “The Lost Son of Havana” (2009), “Off the Rez” (2011) as well as “Fastball” also premiered there. Hock has directed four documentaries for ESPN’s Emmy and Peabody Award winning “30 For 30” series, including “Unguarded,” which was named Best Documentary of the year by Sports Illustrated; “The Best That Never Was” (2010); “Survive and Advance” (2013) and “Of Miracles and Men” (2015). Hock’s series of documentary shorts, “The Finish Line: Steve Nash,” was a finalist for a National Magazine Award.Producer Thomas Tull is the CEO and Chairman of Legendary Entertainment, a leading media company with film (Legendary Pictures), television and digital (Legendary Television and Digital Media) and comics (Legendary Comics) divisions dedicated to owning, producing and delivering content to mainstream audiences with a targeted focus on the powerful fandom demographic. Through complete or joint ownership, Legendary has built a library of marquee media properties and has established itself as a trusted brand which consistently delivers high-quality, commercial entertainment including some of the world’s most popular intellectual property. In aggregate, Legendary Pictures-associated productions have realized grosses of more than $12 billion worldwide at the box office.